Could Online Casinos Help Restore Tamagotchi to Its Former Glory? It was now well over two decades ago that the world went crazy after egg-shaped digital pets that required your attention to keep them safe, clean, and happy. Initially released in 1996, Tamagotchis conquered hearts of people worldwide, from little kids to grownups in their 30s and 40s. Fairly simple in design, Tamagotchis were interesting […]

GET READY TO HATCH, FEED AND CLEAN-UP. TAMAGOTCHI IS BACK! Bandai America Celebrates The 20th Anniversary of The O.G. Tamagotchi with U.S. launch this Fall Limited Quantities will be Available; Fans Can Pre-Order Starting Today! El Segundo, CA – Oct. 10, 2017 – ’90s kids hoping to relive their childhood can now do so in […] 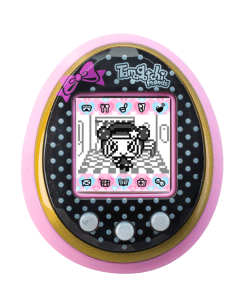 The Original Digital Pet Is Back Digital Devices, Collectible Figurines and Playsets Now Available Exclusively at Toys “R” Us Across the United States CYPRESS, Calif. – August 27, 2014 – Donning its familiar egg shape and the need for tender-loving-care, a new generation of Tamagotchi® toys arrives on shelves across the country this month from […] 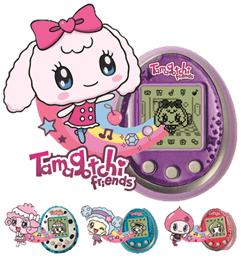